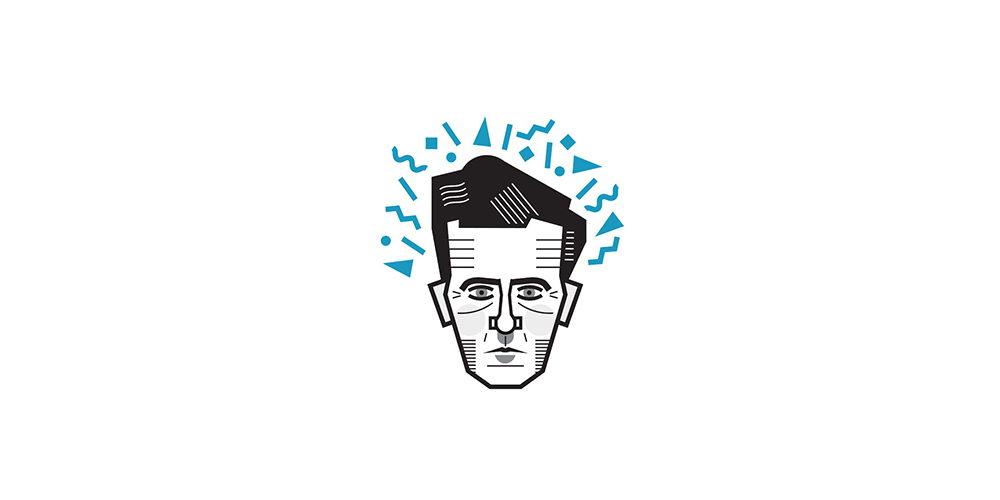 Wittgenstein – Philosophical Investigations and How to Transcend the Limits of Language

Whereof one cannot speak, thereof one must be silent.

This is probably one of the most quoted adages of all time and it was written by this man: Ludwig Wittgenstein.

A philosopher who, by many, is considered the greatest of the 20th century.

His role in the development of analytic philosophy wasn’t just central, but also pivotal. For, he devoted his life in the examination of one of the most cognitively demanding areas of human interest, that of language.

Language constitutes the most powerful tool we have invented in order to communicate with each other, express ourselves, and evolve our perception.

But the essence of words and the use of language can be quite perplexing and can lead to anomalies in the way we operate within our social systems.

Language is like a living organism. It changes, it evolves, it has different forms, and it can be interpreted in different ways.

Wittgenstein was fascinated by that and he truly believed that, with the use of logic, language can become more clear and more useful.

This was his obsession, but also what tormented him throughout his life.

His ideas possessed a gravity that felt unprecedented to almost all of his readers.

Most didn’t understand him, but the ones that did, opened their minds to a world full of clarity and reason.

Wittgenstein was born in 1889 in Vienna, Austria.

His family was one of the richest in Europe and he inherited a fortune after his father died in 1913. 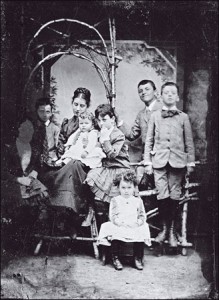 Money, however, wasn’t of interest to him and he gave away most of it to relatives and artists.

Philosophy was, according to him, “the only work that gave him real satisfaction.” 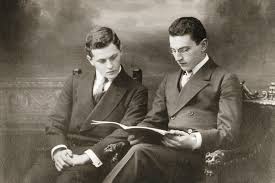 He went to Cambridge in 1911 to study logic with the great Bertrand Russel, who, after getting to know him, realized his genius.

His life was quite tumultuous since his involvement with logic almost drove him mad. His mental anguish led him away from Cambridge. He went to Norway for a while and then he volunteered for the Austro-Hungarian army in the First World War.

War changed him. He became more mystical and more ascetic and this could be identified in his behavior.

In 1918, he took military leave and he completed his first important work, Tractatus Logico-Philosophicus. 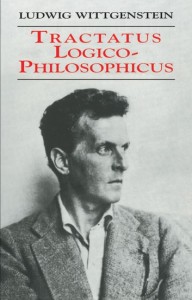 The Tractatus was published in 1922 in an attempt from Wittgenstein to present a solution to the problems of philosophy that are connected with language, thought, and representation.

It is a short, mind-boggling, and mind-bending work.

Very few have managed to understand it and even Wittgenstein himself had trouble making sense of the purport of some of his statements, later in his life.

The way he writes is quite austere, in that he uses small sentences but with great intensity.

Some of them are almost incomprehensible for a reader not accustomed to the topic:

“The sense of a proposition is its agreement and disagreement with the possibilities of the existence and non-existence of the atomic facts.”

Others, however, ooze meaning and awe:

“Whereof one cannot speak, thereof one must be silent.”

“We feel that even if all possible scientific questions be answered, the problems of life have still not been touched at all.”

“Ethics and aesthetics are one.”

The main point that he wants to address is what can really be expressed through language and to what extent philosophical problems have a reason to exist.

World, thought, and language are intertwined and Wittgenstein manages to create a philosophical system that identifies how all three are connected. Through the use of logical propositions, he develops an advanced technical framework that investigates the limits of world, thought and language; in other words, distinguishes between sense and nonsense.

In a nutshell, he puts forth a heroic attempt to explain that the way we approach language is wrong and that especially talking philosophy is bound to be a senseless procedure.

Thoughts and utterances are true when they map onto the world.

Saying, “this is a pineapple on a table,” makes sense, it is a fact. 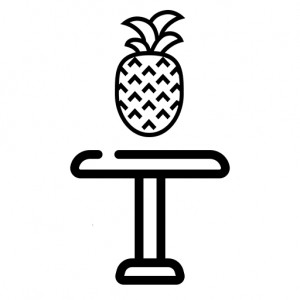 But saying “This is a very pleasant pineapple” is senseless, since this proposition is open to multiple interpretations.

It is the use of the word in our way of life that gives meaning to our words and not how we feel inside about it.

If a lion could speak we wouldn’t be able to understand it because we can’t know what its world is like.

Wittgenstein’s point is to show that misunderstanding of how language works leads to pseudo-problems and that most problems of philosophy are like that.

I have searched a lot for a meaningful interpretation of Wittgenstein’s words.

In my regard, the philosopher provokes us in order to be more careful with the accurate use of language, since its senseless use can lead to many interpersonal and perceptual problems in our paradigms.

Moreover, his last paragraphs illuminate a sense of nihilism since he urges us to not take seriously any of his words.

“My propositions are elucidatory in this way: he who understands me finally recognizes them as senseless, when he has climbed out through them, on them, over them. (He must so to speak throw away the ladder, after he has climbed up on it.) He must surmount these propositions; then he sees the world rightly. Whereof one cannot speak, thereof one must be silent.”

A great exegesis to that aphorism was one from the great Alan Watts in which he suggests that the whole task of philosophy is to really get rid of itself.

The whole task of philosophy is really to get rid of itself. I mean in rather the same way the task of a doctor is to put himself out of business because he never succeeds because people keep getting sick, but if he was 100% successful, he would lose all his patients because they wouldn’t be ill anymore. And so, in the same way, a philosopher of this kind is very rarely out of business because there are still always people with what we might call intellectual sicknesses bothered by fantastic and non-existent problems.

The years passed and Wittgenstein changed.

He abandoned philosophy for a while and he occupied himself with other activities like teaching at an elementary school in rural Austria and designing the famous Wittgenstein house. None of this made him happy. 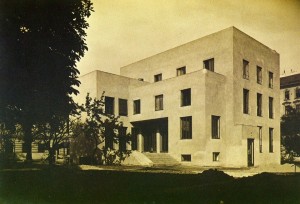 The famous Haus Wittgenstein in Vienna.

He eventually returned to his original calling and started teaching philosophy in Cambridge, in 1929.

Abandoning philosophy for a while seemed to have had a huge impact on Wittgenstein since most of his former views changed.

What marks the transition of one period to the other is the total rejection of dogmatism. Wittgenstein himself referred to his early work as dogmatic and worked hard so that he could be better understood.

The culmination of this change is reflected in his Magnus opus, titled “Philosophical Investigations.” 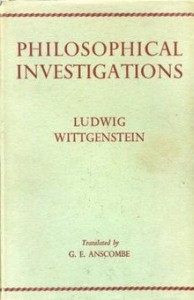 In it, he concerns himself with the concepts of meaning, understanding, propositions, logic, mathematics, states of consciousness and other things.

Still, language occupies a very central role in his adumbrations, but he abandoned the idea that language is used to describe a picture of the world.

The relationship between language and the world is quite untidy.

The real task of the philosopher is to sort out these language games in a close analysis of the language in which it were posed.

Every explanation is, after all, a hypothesis.

Posing grandiose philosophical questions produce in us a mental cramp.

A philosopher cannot cure the cramp completely but his or her role can definitely prove therapeutic.

Wittgenstein died in 1951 and Philosophical Investigations was published posthumously.

Before dying, he uttered: “Tell them I’ve had a wonderful life.”

His main issue and the one that agonized him the most was the importance of clarity in thought.

“Don’t for heaven’s sake, be afraid of talking nonsense! But you must pay attention to your nonsense,” as he used to say.

There is a lot of mental dirt in this world, enough to disorient our already disoriented mind and he viewed clarity as the only antidote.

Despite his genius, he was doubtful of most of his ideas and he states that explicitly in all of his works.

He knew that what he wrote was difficult to understand, but what he actually wanted was to stimulate someone to thoughts of his own.

Few could see that.

After all, most of us find it hard to see what is right in front of our eyes.

When you want to discover the right path towards understanding the world around you, a simple daily action plan can create monumental changes in your life. In “30 Challenges-30 Days-Zero Excuses” project, I have collected the most interesting daily habits, inspired by renowned individuals, that aim to help people reinvent the way you approach life and focus on adopting practices that are not only feasible but also enjoyable and meaningful. You can check it out here.

Also, don’t forget to subscribe to my newsletter to get my articles in your inbox the moment they are published. It is thought-provoking, free, easy to unsubscribe and some great resources will await you once you confirm your subscription:

Below you can also find the video version of this essay: 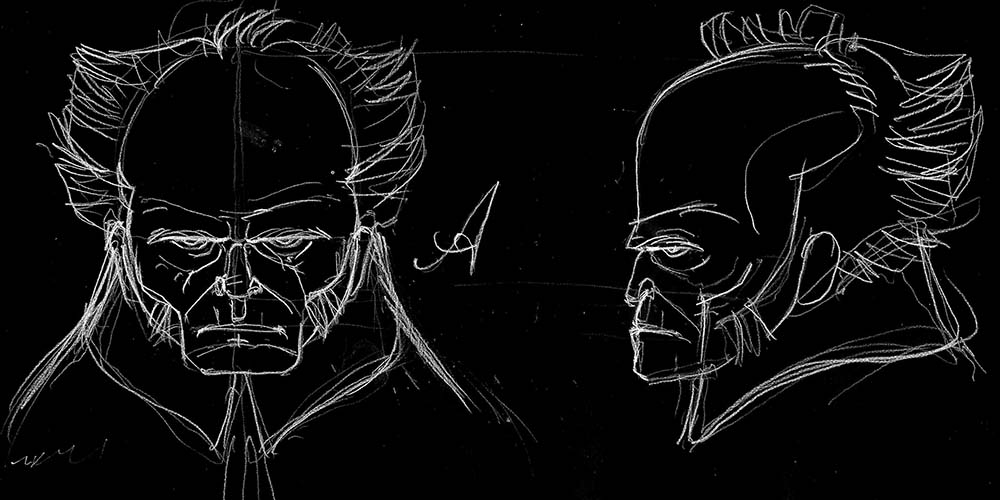 Schopenhauer Made Me a Pessimist. But Then He Helped Me Enjoy Life.

Schopenhauer was one of the most important philosophers in human history. In this article I attempt to explain Schopenhauer's philosophy...