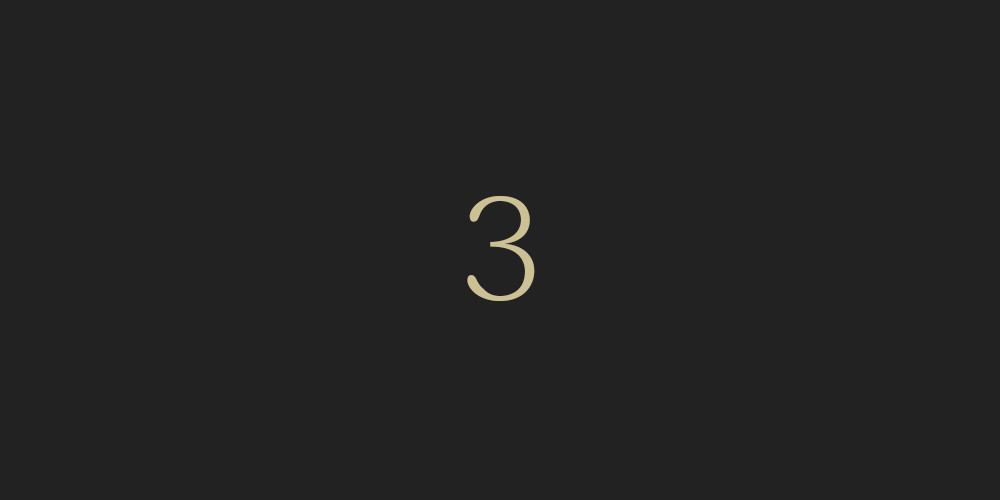 That last one might surprise you, yet just like a dance, there’s a leader and follower in every interaction. The polarity between their masculine and feminine natures deepens their connection. As they bring more consciousness into this dynamic, their relationship grows.

If the leader and follower dynamic is established without coercion or manipulation, the process is called educing, which means to bring out or develop a latent potential. An educed relationship has little to no resistance. It’s based on truth and trust. It is mutually beneficial. It’s very rare in this day and age, but it is not impossible to create.

The leader in a relationship takes on the masculine role. I will refer to this person as he for simplicity’s sake, and the feminine person as she. However, keep in mind that these are roles played due to polarity rather than gender. In actuality, the role switches often for genders, consciously or unconsciously.

This article covers how to find and develop these relationships from a masculine (leader) perspective.

This method of leading lines up perfectly with David Deida’s 3 stages of masculinity and Robert Glover’s 3 levels of testing for interest:

If the leader goes through these 3 levels with those he meets on a consistent basis, he finds that he does not need to coerce or manipulate anyone into following him. By the force of his intents, he compels others to follow through educing. The polarity is established through the testing process. It is a loving and connected state of polarity.

The information provided in this article is geared towards male to female interactions and vice versa, but it can also be applied to more areas of your life. Some examples include employer-employee, mentor-apprentice, friend-friend, parent-kid interactions.

In this stage, the leader doesn’t know who might want to follow his lead. He sees an abundance of followers and resources, yet he only has a fixed amount of time. To determine who is compatible and available, he has to initiate conversation with everyone he meets. 1

This is the macho stage in the masculine spectrum because it is selfish in nature. Know that you and you alone must take the initiative to act. No one else will help you initiate the test. You must get high on your own will and thrill. You take action and you quietly validate yourself as the person willing to act and lead in a room full of timid people.

Example: At a dinner function, you turn to the closest person to you and say “looks like a stiff drink, you’re ready to party!” Initiation works best when there is no expectation behind it. It’s simply socializing for its own sake. It comes out of the spontaneity of the moment, instead of some contrived one-liner.  Use the power of small talk, but make sure it’s a challenge instead saying hi.

If there is high interest, you enter stage 2, which is to capitalize on that interest and create more. In essence, your initiation transforms into coordination so that the interests line up.

Coordinate honestly and consciously. Be aware of false signals of interest or commonalities that are too banal to develop.

In improv, there exists a concept called “yes, and…”, where the interaction keeps going when both players accept the other’s assertion then add to it. High interest is indicated by a continual agreement but also each person throwing something new to chat about. If only one side asks questions, then it is not high interest but one person trying to make the connection happen. This strays beyond testing and into coercion/manipulation.

Eventually, the “yes, and…” will stop. If it stops with a no, there is no more interest. If it ends with a yes, but not an and, then this is a natural place to go to level 3.

The leader’s job in this stage is to coordinate interests. If he stays conscious and doesn’t allow his anxiety to get away with him, he will bring up his values and interests and will  successfully test how the other person reacts to his assertions. Not all values and interests need to align, but they do need to align with intentions. The leader needs to be ever clearer with intentions communicated through interests.

Example: You continue the conversation by expressing your nonchalant opinion about current events: “I can’t believe golf is an Olympics event now.” This expresses your interest and values but leaves space for the other person to add to it. Common pitfalls here are asking too much and seeking too much agreement. Asking too much turns the conversation into an interview. Also, you are not trying to be friends with this person but test for their interest and value alignment.

Stage 2 naturally comes to an end when the interaction or relationship seems ripe for something else but lacks commitment or direction. This is where stage 3 comes in.

Stage 3 is risky and frightening. Here is where all the cards are laid on the table. This is where the leader goes for broke and steps up to require commitment from the follower. This is the ultimate test for interest. Do this clearly, openly, and honestly. Tell instead of ask. Give directions instead of asking for permission.

This stage is the hardest and rarest since it requires the mental act of penetration. When you decide to take it to this stage, you are penetrating the feminine.

Penetration has three stages: First, you penetrate the self-limiting beliefs that are clouding your confidence. Second, you penetrate some social convention that seems to limit this type of boldness. Third, you penetrate your follower’s sense of doubt.

In this sense, penetration is not intrusive. It’s not meant to make someone do something. It’s meant to test whether they want to do it or not through clear and honest communication.

In this stage, you need to request commitment and trust from your follower. The bond happens when there is trust, and if the leader is not capable of showcasing that he can risk his own skin, there can’t be trust.

Example: Sensing a lull in the conversation, you make a proposal by telling them to do something obvious for a common benefit: “give me your contact info, I’ll set something up so we can continue this chat over coffee.” First, there needs to be a chance that the follow refuses the lead with whatever the reason might be. This is where the risk resides. Second, the amount of commitment required of the follower must be clear (to meet up for coffee). Third, the request is for something mutually beneficial. Lastly, tell instead of ask. This tiny nuance has a significant impact. If you are willing to penetrate into the unknown, you need to go there first without waiting for permission. You communicate that you are willing to be the one figuring out the unknown.

Roles switch between genders often. In the conscious form, this is a play of roles that allows for reciprocity. The exchange of dominance creates that gap in power that enables eroticism to increase. However, in the unconscious form, it becomes a wrestle for power that ends up destroying polarity and trust. This wrestle of power is often observed as drama.

To stay conscious, the person who is more apt to lead must be able and willing to surrender his lead. He often hands off the leadership in a loving way. He is not a control freak. However, he stays conscious of the time when he needs to get back on top again.

When his partner attempts to wrestle leadership from him without just reason or rhythm, he creates space between him and the follower. This space allows for him to reset and retest again.

When the follower resists

Resistance happens when the follower doesn’t like how and where the leader is going. Interest wanes on the follower’s part if:

Get out of your own way

The greater threat for a leader is his own self-limiting beliefs. His thinking and anxiety might limit his leadership. He must throw caution to the wind and be willing to handle whatever comes. He must be willing to admit that only he stands in the way of his full powers. He must let his guard down.

If he can do all this consistently, he can educe followers to his cause.

Those followers are true, compatible, and available. They will give him all of themselves to see things through. He will receive love openly and unreservedly.

He must penetrate with his whole being. First with his heart, then his gaze, then his body, then his mind and spirit. If he hesitates for a moment, his mind will eat him alive. Self-limiting thoughts will flood it and he will become skittish and fearful. He will lose his presence and resort back to his childish tendencies.

Then go your own way

The leader must know where to take it to. If he’s skittish or indecisive, then he has to resolve those hang-ups internally. He must not let the voices in his head tear him apart. When he hears those voices, he must observe them but not follow them.

He is the steely-eyed missile man who sets the tone and carries it through to the finish. He is open, honest, congruent, and vulnerable in his lead.

This is why it is important to practice simply by going your own way and not waiting for a follower to follow you. Have a plan for the relationship or interaction. If it doesn’t work out, just walk away to the next thing.

A great way to entrench the 3-stage leadership method in your day-to-day life is via the “30 challenges – 30 days – zero excuses” project. Challenge 13 is about initiating small talk with strangers and can work as a great way to apply the knowledge introduced in this article.

Also, if you want a methodical approach to improving your speaking skills “Speak like a leader” is a great handbook for that. In 250 pages we cover all the nuances of effective communication and propose strategic ways to tackle them.

I am an enthusiast of life, women, and speed. I love to discover the science and technology of living well. Writing is my purpose in life. I hope what I discover and write about help others as my favorite writers have inspired me.

Latest posts by Quan (see all) 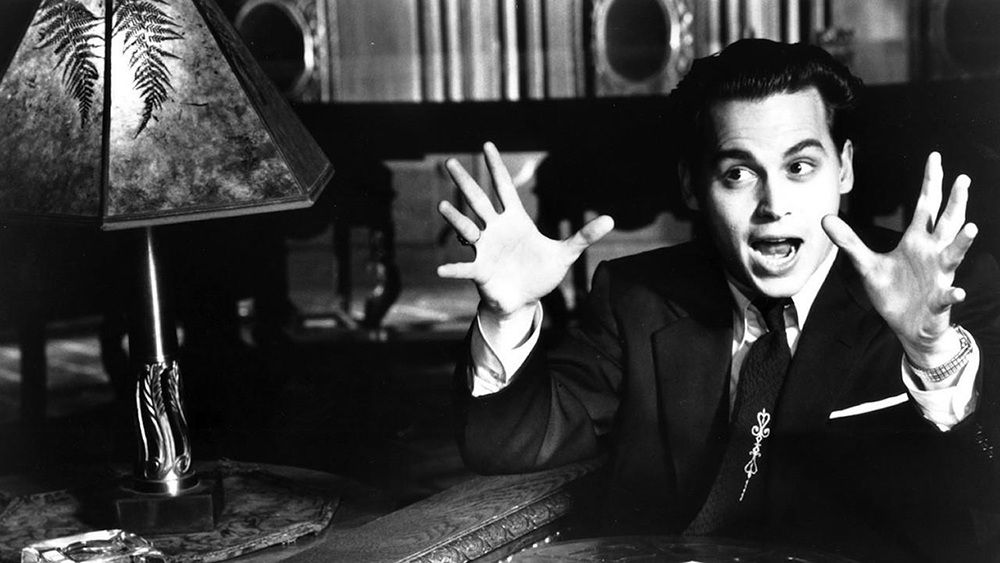 Let me tell you a story.   Almost five years ago I was in London trying to get my Masters...