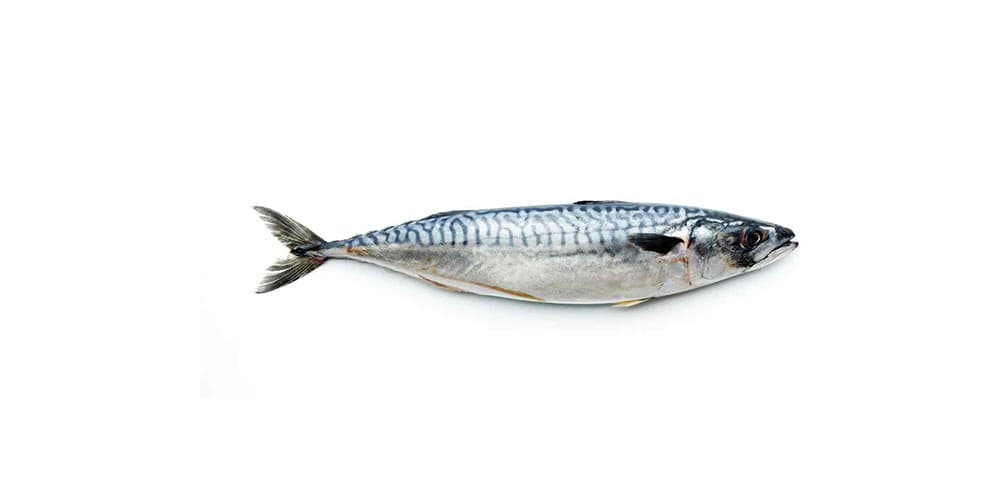 Since I was a kid, I remember that I loved fish. All kinds of fish. Big fish, small fish, smoked fish, baked fish, fried fish, sushi.

My mom used to feed us fish all the time. She was born on a Greek island called Skyros and she grew up with the belief that fresh fish is the healthiest and tastiest food. “Eat your fish,” she used to say. “Fish has phosphorus and phosphorus is good for your eyes.”

This caring remark annoyed me a bit, to be honest. It felt that it kind of ruined my whole fish-eating experience. I didn’t need to be schooled on the benefits of fish in order to enjoy it. 1 Its full taste, combined with the sourness of lemon and the richness of Greek olive oil was all I needed in order to appreciate this remarkable food.

Our moms are wonderful human beings. They are caring, they are loving and they want the best for us. But they have a small weakness. They treat us constantly like kids. When they treat us that way, we somehow lose the ability to respect them.

It is the same feeling you get when someone doesn’t take you seriously. You feel downgraded and to some extent humiliated. Don’t get me wrong, it is nice to feel like a kid sometimes, but this shouldn’t be the status quo in a relationship.

I guess that’s why Hillary lost. 2

Nobody really paid attention to that, but people see politicians as their parents. They are the heads of a big family called government that is going to take care of us, nurture us and save us from our problems. The thing with parenting, though, is that scolding and censoring never worked.

A parent needs to lead by example. When you behave in a cool manner and you exude confidence, through intellectualism and assertiveness, the kids will listen and follow. Thereby, you will be able to criticize and offer advice without experiencing the aftermath of scolding.

Another big problem with treating people like kids is that they stay stuck in that mindset and think that they can behave any way they want.

Look at the Internet nowadays. To me, it feels that the Internet is a huge nursery. Packed with people who are stuck in a stage of childhood without being able to escape it.

Freud suggested that there are different stages of development every child needs to go through before entering adulthood. Each stage is associated with a particular conflict that must be resolved before the individual can successfully advance to the next stage.

Very few know that, and since they are used to be treated like kids, they rarely take the effort to consider the consequences of their behavior.

Last week I visited my hairdresser and good friend, Milan, because my hair was in a desperate need of a haircut. I really like to visit him. He is quite a spiritual guy and we experience a tremendous harmony in our interaction.

I remember that the first time I read “Social Intelligence” by Daniel Goleman, there was one paragraph that stood out for me:

“People in rapport are animated, freely expressing their emotions. Their spontaneous, immediate responsiveness has the look of a closely choreographed dance, as though the call-and-response of the interaction has been purposefully planned. Their eyes meet, and their bodies get close, pulling chairs near—even their noses get closer than is typical during conversation. They are comfortable with silences.”

That’s the kind of relationship I have with Milan.

While cutting my hair, we delved into various topics and at some point the conversation shifted towards psychedelic experiences. You know, how people experience out of body experiences and oftentimes suggest that they managed to transcend reality.

That’s when it struck me.

I had a very deep realization about why people are angry and moody most of the time. It is because of the “omnipresent loop.” That’s what I like to call everyday life. It has an artistic flair to it. It makes the words sound less banal.

When you are trapped in that loop and you consciously know that there is probably no escape, the loop hits you. It is that revelatory moment when you say: Fuck. That’s all there is.

And the moaning starts because you can’t escape. A prisoner is as free as the size of his cell. What is the size of my cell, you think? My body? Reality? Fuck my body. Fuck reality.

There is no such thing as transcending reality when you are limited by the perception that your mind dictates.

Sometimes, in order to cope with this conundrum, I think of Eckhart Tolle. His serenity and presence mesmerize me. There is this talk he gave once called “Reality is beyond thought” where he explains the Unmanifested.

I told that to Milan and he liked it.

Then, he went to his desk, took out a bunch of cards from his drawer and pointed them towards me.

“This is a 50 tarot card deck. A friend brought it from Asia and yesterday we played around with it. You have to pick one card and that card says a lot about you,” he said. “You know what the funny thing is? The first card I picked was innocence. My friend picked the same card. Then we decided to try one more time. We both picked innocence the second time too. My brother made the calculation and told me that there is one in five billion chance of this happening. Crazy right?”

I got enthused and wanted to play. Milan shuffled the deck and pointed it towards me. I closed my eyes and an elusive force urged me to choose a card from the left side of the shuffle. 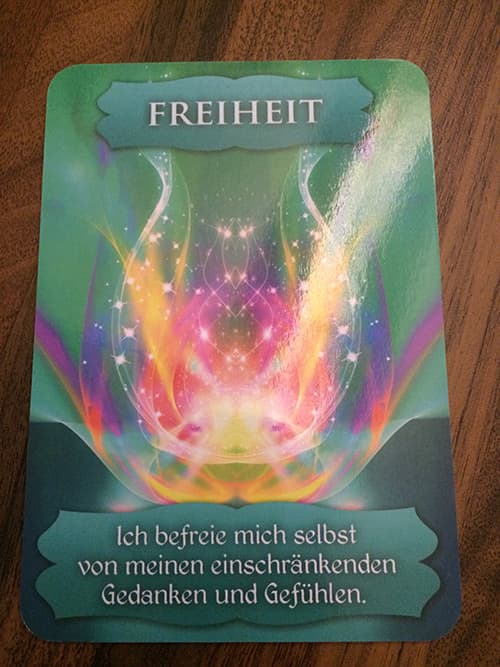 My pick was freedom (The deck was in German. Freiheit means freedom in German). I liked my pick. I didn’t want to try again.

Then, I went back home and meditated.

I took a really deep breath. When you take a deep breath, enough oxygen flows to your brain and it stimulates the parasympathetic nervous system, which promotes a state of calmness.

When I want to escape the banality of the omnipresent loop, I surf the Internet.

I spend a lot of my time in front of my computer actually. My girlfriend used to hate me for that. What should I do? It is an escape.

It is also a tool for inner validation. I rarely use the Internet for sheer entertainment purposes. I prefer to use it as a means of introspection and remote connection with thinkers and personalities that I admire. For, realizing that you can find similar-minded individuals out there, reminds you that you are not alone.

This is to some extent a big part of what keeps us alive. The delusion that we need others in order survive. It is probably a small part of code written in our DNA that urges us to keep seeking connection in order to propagate our species.

Apropos, Homo Sapiens dominated earth because of their ability to connect and work together in big groups. So, if it weren’t for that urge, you wouldn’t really be here today.

This connection is manifested in many ways and since the dawn of the technological revolution, the best apparatus that helped foster it is the Internet.

When I think of that, I salute our creativity and tenacity. Just take a step back and try to fathom the audacity of humans to try and evolve the way they connect. You can’t help but admire it.

At least until you get used to it and start to recognize its downsides.

And it is sucking the life out of you.

Remember the Gollum from “Lord of the rings”? The Gollum used to be a cute little hobbit that enjoyed everything life has to offer. It had a nice house, cool friends, a respectable daily routine, and quite interesting habits. Then, one day, it discovered the ring and the ring became its obsession. It twisted Gollum’s body and mind, and, by the time of the novels, he had “come to love and hate the Ring, just as he loved and hated himself.”

You are Gollum and the Internet is your ring.

I need to calm down now. I promised myself that I would reduce the ranting and aim for more intellectualism in my writings.

Speaking of intellectualism, there is a chap that goes by the name of Mark Boyle. He is a notorious money adversary and became famous after he published his moneyless manifesto back in 2010.

I remember I always admired that guy. Not because of his approach towards money. I never hated money. Money is not the problem. People’s perception of money is the problem. What I admire about him is his grit. It really takes a lot of courage and persistence to support this lifestyle and this man’s grit is highly admirable.

Mark recently published an article on Guardian about the wrong use of technology.

One of his paragraphs resonated with me the most:

On a final note, I want to end this abstract stream of thoughts with a great presentation curated by my friend Quan:

Did you get it?

Those are great ideas to ponder.

I need to leave know. I have some fish to eat.

Hope you are enjoying your holidays and I wish you a great new year.

If you feel enthused about the prospect of entering the new year in style, I suggest trying the “3o-Challenges- 30 Days – Zero excuses” project. There is always a good time to adopt healthy mindsets and habits.

Also, don’t forget to subscribe to my newsletter to get my articles in your inbox on a weekly basis. It is sublime, free, easy to unsubscribe and some great resources will wait for you once you confirm your subscription. 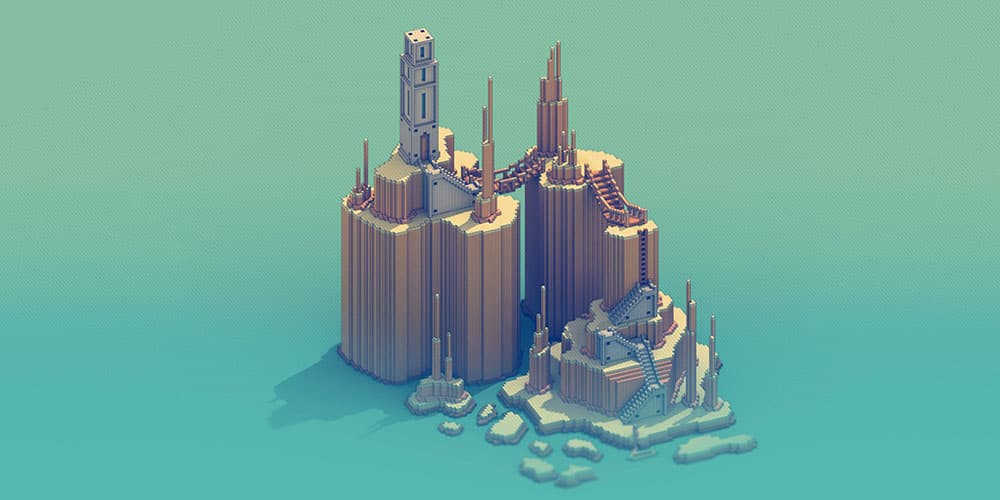